How To Convert A Bath Tub Into A Worm Farm…

Discover how to grow big fat composting worms and produce more organic worm compost faster than ever before with our original step by step guide to worm composting... 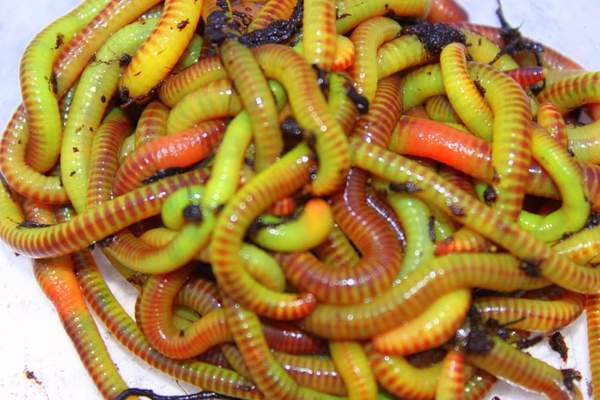 “My name is Stan, I found your website and hoped you might be able to help me with my daughters science project. We went fishing a while back and bought some neon green night crawlers. We were intrigued and want to do her science project on how this color change occurs. Our hypothesis was that it was caused by a food that is fed to the worms. Are we right? Can you help us discover the method so she can get an A. Thanks” ~ Stan

We recently found a product called “Worm-Glo” on Amazon that does exactly what is suggested in the question. From the customer reviews…

“Took about 20 earth worms, all sizes, added one tea spoon on top of them, mix them gently by just turning the small jar, added dirt on top, few drops of water, left in the dark for 48hrs and done. They were all green like the hulk.”

“Put a couple dozen worms in my work box. Put about a teaspoon of this glow stuff in the dirt. Went fishing next day with my green night crawlers at a pay lake. I was smoking the cats while most everyone else there sat and watched. It works and I’ll use it again for sure. I use one rubber glove to bait my hook as the worms turn my hands green.”

Check It Out Here

It is always fun to see these green glowing worms, they look like a can of moving green slob in shops like some Halloween toy. They are sold in a few shops and are used for fishing.

These worms don’t occur naturally and are produced by feeding them a special dye.

The worms themselves are actually normal Earthworms. Branded as ‘Nitroworms’, their production is originated from Canada and created by Paul Giannaris. They use Canadian Nightcrawlers (Lumbricus terrestris) for staining, however other companies may also use European nightcrawlers (Eisenia hortenis).

The great thing about the glowing worms is that they glowed brightly in the deeper dark waters attracting large fish. The internal dye used is non-toxic and even better the flavor of the worms attracted more fish. Nitroworms proved to be quite a success for catching large fish such as the Catfish, Trout and Bass.

As such, the demand for these worms grew, and many other companies started to try their own way of making ‘Nitroworms’ using different dyes and even creating fake plastic glowing worms!

However regular food dyes are petroleum based which blocks the pores of worms which effectively suffocates and kills them, and this flavor change also affected their effectiveness as bait.

The first way is to cover the worms with dye and color them externally. The dye molecule will sink into the surface pores of the worms, giving them a dyed color. The other way (which is probably the more common way) is for them to ingest the dye by mixing the dye with their bedding and food.

The worms will eat through the bedding and food, taking in the dye material as well.

As the dye material is consumed, it is absorbed by the blood which runs through the whole body, and is finally discharged through the pores on the external layer of the skin. As the dye passes through the surrounding cells of the worms body, the cells absorbs the dye turning themselves the green color.

Since worms urinate through pores all over their body, and their body wall is translucent, the dye will color the worms from the inside out, creating an evenly distributed dyed worm.

The dye used will need to be something safe for the worm, the fish and you! You may need to look into and experiment with different biological stains which are used in biology experiments for staining cells.

You might also want to search for an organic food dye, and find an organic (non-petroleum) based food coloring & give it a try. I wouldn’t see any problems with that.

Do note on how the original creator took 4 years to perfect his nitro worm though!

Discover how to grow big fat composting worms and produce more organic worm compost faster than ever before with our original step by step guide to worm composting...